I interviewed my boss in a fit of nosiness to find out what lessons he learned from his first company, Intelligent Games, and how he does things now at Turbine, Articulate and Vincarta. It’s a lesson in how to start your first business.

This is what he had to say (some bits paraphrased, all approved):

This is usually a futile exercise. Of course, I want to help, but as a business owner and entrepreneur my time is precious. I’m not paid by the hour. What I do with my time adds incremental value to my business in addition to my own work, so I would prefer to put that same effort into training my own employees. There, I see a return.

I designed my first game when I was still at school and I sold it when I was 18. Not one person (that I can think of) has ever started their own business after a coffee with me. I don’t think I put them off, but thinking about starting a business is not the same as actually starting a business. As one entrepreneur put it, ‘everyone wants to go to heaven, but nobody wants to die.’ Put together a plan, do your research, get started. Then, by all means, politely ask around for a bit of guidance. In fact, here are some tips I wrote on how to ask someone to be your business mentor.

I sort of rolled into Intelligent Games and it was a constant series of improvisations. I was always reacting, so resolving problems was often a patch job and opportunities passed me by. It’s vital to learn to prioritise and know what weight to give certain things.

I started my first business in around 1992, and by 2000, I ended up with 70-something employees and a large office of around 10,000 square feet. We had to grow quickly, and after I sold the business to the management team at the start of the millennium, I sat in my car and vowed two things: I would never hire anyone again and I would never have an office again. I’ve held to the second part, though not the first.

After that, I went into journalism and had a lot of fun (I got to try out the NASA space shuttle simulation in Houston). I ended up copywriting for businesses like Microsoft. For years I was on my own until I absolutely needed more people to help the business grow. Even then I was very careful about hiring the right people.

Whatever it is, it’s never as bad as you think it’s going to be. I still can’t take my own advice on this, but for me the stress has always outweighed the problem. Most of the things I worried about never happened. I do worry and overthink things, and part of it is that people become entrepreneurs because they are control freaks. I think non-entrepreneurs think business owners are comfortable with risk, but that’s not the case at all. We’re cleverly risk-averse and good at risk management. But I am still learning to let go because I think it makes sense and for my sanity. So, bear with me.

Do this (here’s why). Do it before hiring anyone. Not just so you are airtight as a business but also so you don’t get bogged down dealing with all the difficult stuff that no-one else wants to touch. Share the load.

7. Then be careful who you employ.

At Intelligent Games, I should have been a lot tougher in recruitment and onboarding. We hire much more rigorously now, testing a range of factors such as competence and skill, productivity and ability to self-motivate, ways of learning and culture fit. This isn’t a place for intuition; this is about working with the data.

Intelligent Games was featured in Cosmopolitan for having three women working at a games design company (so about a tenth of the workforce at the time). Three! It was unheard of in an industry dominated by young machismo men. Looking back, I can hardly claim credit for this ‘achievement’ as it was purely incidental. I think we should have done more to make the company and the industry more diverse.

However, I have grown to be more deliberate in the hiring process and to be more conscious about how having a range of people and opinions can generate far better ideas and better work than the copy-paste model.

9. Work on your culture.

It’s easy to think you’ve got culture sorted. At Intelligent Games the culture was light-hearted – I remember crying with laughter at my colleagues’ jokes, often. But that came with its own set of problems and it didn’t have much to do with who we were as a company. With company culture, you kind of have to work at it. It’s a deliberate thing. When I started my next business, Articulate Marketing (and then Turbine) we spent time drawing out the culture, defining it, and making it the foundation for how we interact with clients and with each other.

In the writing industry, as in any industry where you are working with creative people, it’s a good idea to have a soft front and a hard back. In some ways I outsource part of this to our Chief Happiness Officer, however what I mean here is to treat people with empathy and openness, but don’t be weak or flip-flop with your decisions. You’re still the captain of this ship. Be aware that negativity and a toxic work environment are costly.

11. Trust people to manage themselves.

If you can’t do this, you should not have hired them. Measure productivity and outcomes.

Hours at your desk do not equate to value for the company and they do not equate to a good employee. There was a long-hours culture at Intelligent Games. We even encouraged it, paying for pizzas and taxis home. This is expensive, it doesn’t mean more work actually gets done, and it’s pretty bad for your employees’ well-being. Now, at Articulate, we work remotely, so maintaining a healthy work/life balance is something we really focus on.

I’ll state the obvious: offices are expensive. To go from a huge office to no office at all is a pretty drastic change, but looking back I definitely would’ve had a much smaller office. By the late 90s, the technology was there to let people work remotely, and to avoid the epic waste of time and fuel that is commuting would have been such a benefit. If there is no way around it, at least find a way to make commuting productive.

Working remotely is not without cost, but there are things you can do to mitigate the isolation that goes along with it. Human contact is valuable; however through frequent video conferencing and online chats (we recommend Slack) you can find a better way to get your team to work together than investing in bloated offices. We also make an effort to bring everybody together in person once a month.

14. Don’t give the ‘problem child’ all the attention.

THIS ONE; REMEMBER THIS ONE! One of the biggest things that I learned at Intelligent Games is that difficult employees can take up huge amounts of time. Squeaky doors get the oil. Bad behaviour like poor productivity through negligence or by design, skiving and unearned entitlement is super attention-grabbing.

Instead of spending time dealing with the bottom ten per cent, invest in the top ten percent – and those people who are nearly-but-not-quite there. With brain workers, like programmers and writers, the top ten per cent will be significantly better than the rest. When I give them my attention and energy, the payoff is massive.

As an entrepreneur, you have to try things for a bit. Experiment, but don’t be impatient. While you’re figuring out what works and what doesn’t, aim to find the growth engine in the business and work on that.

17. Get lucky with clients.

Not easily replicated! Going back to the beginning of Articulate, we were lucky to have very nice clients in Microsoft and the Design Council. I can’t recommend being lucky highly enough.

There is a bit of room for intuition here, I think. During that first meeting were they rude, manipulative or domineering? Remember, this is probably the client on their best behaviour. These traits are what you have to look out for, as having to deal with interpersonal issues instead of the actual work is a major time-suck and a misery.

19. Why not hiring a client is better than firing one

It’s so painful firing a client. I’ve had to do it a few times in my career and it’s always rubbish. Not only does it feel like a major risk – after all, they are a source of revenue – but the experience of a relationship breaking down, the awkward conversations and the revised plans are arduous and messy. I once fired a client that was providing a third of my income. Ouch. They say better to have loved and lost than never to have loved at all. This is not applicable to clients.

You’re not completely stuck though. I find firing a client does seem to make space for something better to happen. This isn’t magic – you make the opportunity.

However, and I’m sure you will agree, at some stage everyone is irritating. I had to learn what the difference is between a broken client relationship and one that is experiencing friction, and yes sometimes the difference isn’t clear. You both have shared goals, and likely the point of difference lies in how to get from A to B. Having the ability to communicate well with clients can make all the difference, so:

Do you need the big office and the company jet? Maybe. Maybe you need the jet for… reasons. Learn the expensive lessons by observing, not repeating.

Pricing is hard. During my journalism phase, I charged a fixed rate per word, which was pretty standard in the magazine market, and low rates are why being a freelance journalist can be difficult to maintain. When the Design Council offered me a copywriting gig at three times my normal rate, I didn’t even reach for my thinking cap. I soon stopped writing for magazines and started writing exclusively for businesses.

Things like copywriting, programming and web design work are all about making the end product look easy, clean and clear. That’s an underestimated skill, which can also be a little self-defeating as it hides the circuitry behind the nice white case. Make sure your client knows your worth.

23. Be clear about pricing.

Back in the early days of my copywriting career, I found that being able to say to clients ‘this is how much we charge’ was actually kind of a new thing. Having a transparent, flexible pricing model is a great tool, and even now pretty much every other marketing agency charges by the hour or the day.

I wish I had known about direct debits before. You don’t have to chase clients for unpaid invoices. Yes! You know exactly when the cash is going to actually appear. Double yes. You avoid worry and awkward money talks. Yes, yes, yes.

Another side to this is finding a way to get paid consistently. I would say that between direct debits and focusing on a retainer model, with clients wanting a regular service from us, we are revolutionising the business. Watch this space.

Now, you have probably read this for a reason, so go on.

We believe in you. 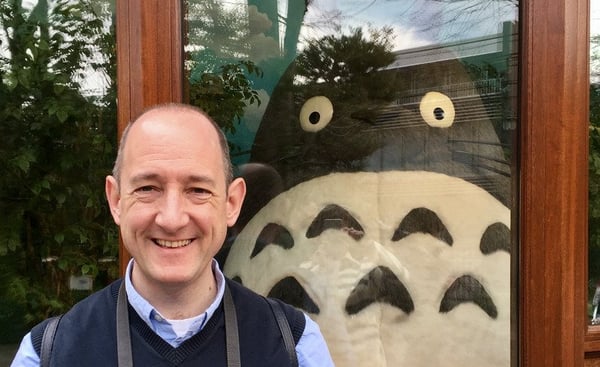 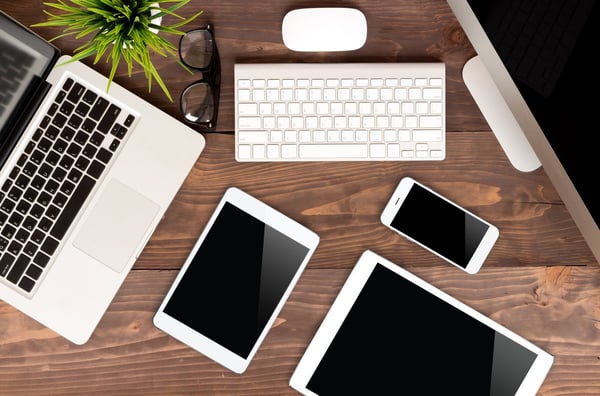 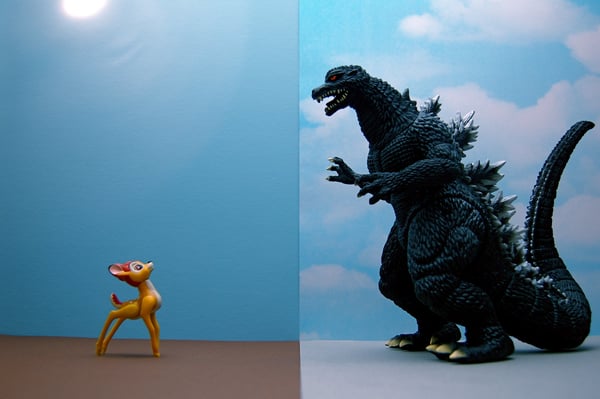