Thanks to franchises like James Bond, an air of glamour and mystery surrounds MI5 and the secret services (cue music).

It all seems so far removed from our everyday working lives that it’s hard to imagine it has anything in common with management or business basics.

The reality, however, is very different from Ian Fleming’s fiction.

Take it from one who knows

There are a lot of lessons businesses can learn from the secret services, according to former MI5 Director General Dame Stella Rimington. She spoke on leadership at Microsoft’s 2014 Future Decoded event.

It would be easy to assume Dame Stella embodies the stoic, hard-faced ‘M’ from the recent James Bond films. But that’s not the woman who walked out onto the stage.

Instead of the steely figurehead one expected to see, the calm and measured Dame Stella was human and compassionate. Indeed these are characteristics she says are central to being a great leader.

During her time at MI5 Dame Stella oversaw and implemented a lot of change spurred by dramatic changes in society during the 1980s. The ‘old boys club’ was disintegrating and women were working their way up the system, breaking ground on career paths previously denied to them.

There were also fundamental changes in the kinds of threats MI5 faced as the lurking menace of espionage from the Soviet Union during the cold war gave way to the more conspicuous resurgence of the terror attack.

These were turbulent times, inside and outside of MI5, and Dame Stella had no choice but to quickly learn what it takes to be a great leader.

One of Dame Stella’s most humanising qualities is the importance she places, as a leader and manager, on ‘managing the flack’ and supporting her staff.

Mistakes happen. Even at MI5. You make them and so will your staff. A great leader, rather than pointing the finger and focusing on the mistake, will focus on how to resolve the problem and the lessons learned from it.

This is how we all develop, whether we’re an intern or a CEO.

Just do your best

‘Just do your best’ was the advice Dame Stella once received from Prime Minster John Major.

This might seem glib, but what it actually represents is the establishment of a no-blame culture, which is crucial when working with people in a high-risk environment, where failures are bound to happen.

This doesn’t just mean supporting your staff in times of trouble though: a no-blame culture also fosters an innovative workplace. Rather than doing ‘just enough,’ allowing employees to make mistakes can empower them to try something new or propose new ideas to reinvigorate your operations. And growth depends on these kinds of innovations.

You rarely get innovation and growth without some kind of risk, and risk is important, says Dame Stella.

Life doesn’t come with an instruction manual and neither does business. This means every now and again we need to trust our instincts. Risks, of course, should always be calculated and considered, but sometimes a leap of faith is required.

Where leadership is concerned what your employees need from you is nerve, resolution and decisiveness. A no-blame work culture will empower your team to innovate and take risks, but by demonstrating your supportiveness you’ll empower them to take those risks confidently and see them through to potential success.

Of course, your employees aren’t the only ones who will take risks and maybe even make a few mistakes. As a leader, you’ll have to go with your gut every so often too.

To lead by example you need to be brave and confident, someone staff wants to get behind and someone who can serve as a figurehead, and be so much more too.

Dame Stella’s advice here is to address criticism calmly and know your employees and environment.

Knowing your business, environment and employees don’t just help you to establish yourself as a leader either; it will enable you to make the most of everything that comes your way and see new opportunities.

One way Dame Stella did this was by reaching out to post-Soviet nations and building relationships with them, following the fall of the Berlin wall.

Knowing the landscape and making decisions in reaction to it will result in decisions and actions others respect. Make lemonade out of lemons.

Dame Stella also spotted a golden opportunity to engage with the press following her appointment as Director General, and to create more openness in intelligence operations.

Openness, authenticity and honesty are all important leadership qualities according to Dame Stella, and she’s pretty qualified to tell you why. This is the woman who, after all, responded to hounding from the press to uncover her identity by publicly unveiling ‘The Security Service’ booklet. For the first time in history, this booklet revealed details of MI5’s activities, operations and duties, along with her identity.

This put Dame Stella in a precarious position, but rather than fearing it, she embraced the opportunity and used her position as a platform to open a dialogue on national security and the role the press plays in relation to it. A debate that continues today.

If an institution commonly referred to as ‘The Secret Service’ can embrace a culture of openness, all businesses can. Ultimately what it comes down to is authenticity and putting the needs of the many above the needs (or ego) of the individual.

If something is going badly or you messed up, confide in your colleagues. Put your ego aside, be human and talk to them. Not only will you find that they’ll understand, but they might actually be able to help put it right.

Being open should never just be about the negatives though; where’s the fun in that?

Recognition is something Dame Stella cited as integral to good leadership, which is significant given she comes from an institution where praise and credit is notoriously hard to give (they are the secret services after all).

This didn’t stop Dame Stella giving recognition to her spies and operatives though (although sadly she never shared how she managed it). If she can do it you certainly can. Without the need to keep secrets you are unrestrained in the ways you can recognise your staff for a job well done.

What makes a great leader? You.

In a world of tech designed to eliminate almost every conceivable problem, sometimes it’s easy to forget how powerful the human touch can be. You can manage virtually any element of your business with a computer-based system now, but motivating and managing people isn’t one of them.

If you want other inspirational examples of leadership, consider Star Trek captains. Otherwise, Take Dame Stella’s advice because while you may never be 007, that doesn’t mean you can’t be a leader like ‘M’.

This post was written by a former colleague, Charlotte Littley, for the Articulate Marketing blog. But it was archived there as part of a general tidying up of that site and I thought it deserved to live on here. Feature photo by Craig Whitehead on Unsplash 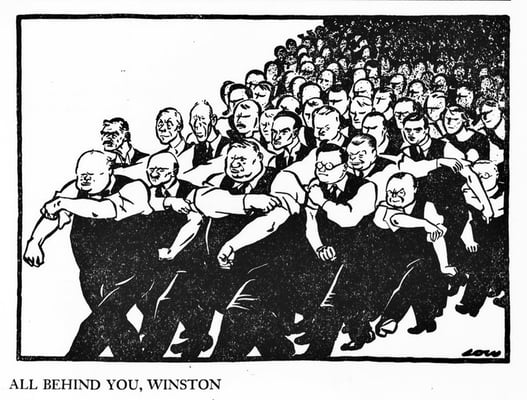 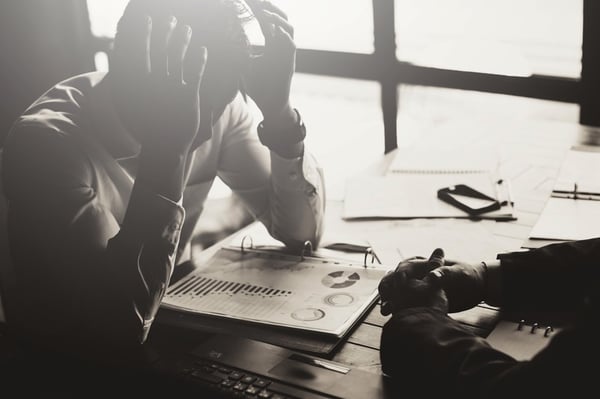